Bill Fiasco is a trial attorney with over 25 years of experience trying all types of cases in front of juries throughout Oklahoma.

Mr. Fiasco received his undergraduate and law degrees from the University of Oklahoma. While in law school, he was inducted into the Order of the Barristers, was named an Ungerman Scholar, an American College of Trial Lawyers scholar, won the First-Year Appellate Advocacy Competition, won the Albert C. Hunt Practice Court Award, and was a two-year member of the National Trial Team. Mr. Fiasco took employment with the firm immediately upon graduation from law school in 1988. He is admitted to practice in all Oklahoma state and federal courts. 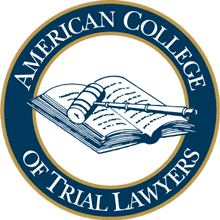